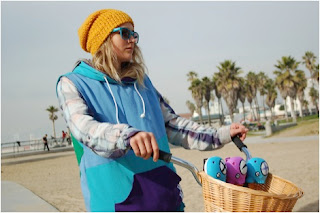 We previously featured an article, 'Spotlight on a Startup', which gave an inside view of BoomBotix Inc., a creator of mobile audio For Sounding Great On The Go™. The company was founded in 2009 with roots in San Francisco’s urban art scene and the Tahoe action sports arena. In 2010, BoomBotix splashed into the portable electronics scene with the worlds loudest portable speaker tailored to the transient lifestyles of surf, skate, and snow culture.

Startups that survive go through a series of funding stages, usually starting out with investments from friends, family, and credit cards. The next step is funding from angels, wealthy individuals who are willing to put up money for high risk investments in return for the potential of very high returns. Also known as accredited investors, they are always looking to get in on the ground floor of another Google (GOOG), Apple (AAPL), or LinkedIn (LNKD).

The third stage is venture capital. VC companies are willing to invest funds in early stage companies with proven sales and traction. There may be several stages of funding at this point. The final stage in the process is going public through an IPO (Initial Public Offering) or being taken over by a much larger company.

BoomBotix has seen rapid growth; it boasts distributors in over 20 countries with more than 140 retailers domestically including Best Buy, Backcountry.com, and Amazon, though it began with a virtually non-existent marketing budget. Because of the company's success, it has reached its third stage of funding, closing its first venture capital round. Walden Venture Capital has lead a Series A round in Boombotix.

Walden Venture Capital is a 'Sprout Stage™' investor based in San Francisco that focuses on Digital Media and Cloud Services companies. With investments including Pandora, SoundHound, The Clymb and Glam among others, they have a track record of helping companies attain mass-market adoption. 'Lief Storer and his team are incredible at design and technology while having a real passion for the consumer', said Larry Marcus, Managing Director of Walden Venture Capital, 'We are looking forward to helping take the Boombotix brand and product line to the next level. The company that is young, hungry and dedicated to serving its users with better sound, design and functionality.'

Boombotix CEO Lief Storer commented, 'The Boombot speaker line is constantly expanding, and the team is eager to develop new products and continually improve the products already in our portfolio. This round is just going to help us lay down the real foundation that we need to take things to the next level.'

Boombotix portable speakers are available in several styles, in wired or BluTooth® models for $65 to $79 at Amazon

, Best Buy, Backcountry, Tilly’s, or direct from the company at www.boombotix.com.

No investment recommendation nor any investment promotion is expressed or implied by either the publisher or BoomBotix Inc.