Buy your own ‘Dragonfly’ Robotic Drone for $119

How would you like to own your own dragonfly robot, the same type that the Air Force spent a million dollars developing. Well now you can from a company called TechJect. The dragonfly, that was developed with an Air Force grant, weighs less than one ounce and is the size of a flying insect.
<p>
One of the cool features is that it can be operated with an Apple (AAPL) iPhone, and you can use it for home security with the built-in hi-def camera. It can also be used for games.

The company is using Indiegogo to raise funds for its project with a goal of $111,000 that has already been exceeded many times over. As a matter of fact, the company has raised over half a million dollars at the time this article was written, and they still have a couple more weeks to go. A perfect example of how crowd funding really works.
<p>

A donation of $119 will get you a NOISELESS Alpha Dragonfly. 429 out of 500 have been claimed so far. The Delta, Gamma, and Omega Dragonfly packages are sold out. But you can still get the Dragonfly Swarm pack with Google Pad for $1199. Delivery wil be in July of 2013.

Posted by Stockerblog at 8:24 PM No comments:

Spotlight on a Startup Part 3: Boombotix Blasts Through Kickstarter Goal in Two Days 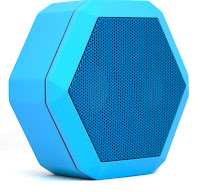 We previously published an interview and a follow-up article on a start-up company called Boombotix, a business that produces high quality, heavy duty, ultraportable speakers. The company wanted to raise money and promote its newest product, the Boombot REX. The REX has a revolutionary acoustic and industrial design, a noise-canceling microphone and a built-in clip, which allows the user to stay connected while keeping your phone in your pocket. It also connects to iPods, tablets, and laptops using wireless Bluetooth technology.

So the company decided to list its new product, which is still in the pre-production stage, on Kickstarter.com, a company that uses crowdfunding to help small businesses, filmmakers, musicians, and others to raise money. In return for backers putting up money, they receive something in return, such as a T-shirt, an early product release, meeting with the founders, and other rewards.

There is an additional advantage to using Kickstarter, and that is the free publicity. The listings can be posted for 30 or 45 days, giving products a lot of exposure.

The Boombot REX is a Bluetooth ultraportable speaker in a rugged package with Bluetooth control, a microphone, and a built-in clip. Pioneering the ultraportable speaker, Lief Storer (28) and Chris McKleroy (24), both techsavvy skiers and cyclists, founded Boombotix to create an alternative to headphones that was easy to transport and could withstand the rigors of everyday wear and tear.

“We rethought how the portable speaker should be, and by doing so we focused tremendously on the feel of the product- from the size to the texture to the tuning of the audio so one can actually feel the sound while the device is in the palm of their hand. The Boombot REX is housed in an rugged ABS shell built to withstand all conditions in a sophisticated package,” says Chris McKleroy, co-founder of Boombotix. 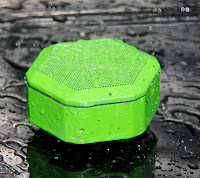 The Boombot REX is acoustically crafted to provide full fidelity 2.1 stereo sound in a ruggedized, IP53 water-resistant shell that fits in the palm of one’s hand. The speaker features steel-reinforced belt clip that can be clipped onto any bag, belt, or backpack and transported to the mountains, the beach, or the toughest city streets with ease. The subtle yet sophisticated design of the Boombot REX reflects the importance of a polished aesthetic for a mobile companion device with such great situational utility. In addition, the Boombot REX offers Siri-compatible speakerphone functionality; the speaker can be used for phone calls in the harshest locations- without taking your mobile device out of your pocket.

You can see the listing here.

Posted by Stockerblog at 9:31 PM 2 comments: